In our continued effort to bring you insight from the minds of your customers (and potential customers) we reached out to homeowners and asked them about their irrigation systems for turf and landscape beds. We found out what the average residential system looks like, how old it is and what consumers think about water use in their landscape. The irrigation market offers some real opportunities for both installation and maintenance, as well as upgrades with smart technology for older systems. – Craig Skelton

On a scale of one to six, what degree does the cost of water impact how much you water your lawn and landscape?

These numbers didn’t vary significantly between homeowners with irrigation systems and those without, which means the cost of water is viewed the same regardless. And with the price of water being artificially low in many areas of the country, that’s not surprising. Look for these numbers to creep up as municipalities and purveyors start correcting their rates to be a more accurate reflection of the true cost of water.

But if you break down the numbers by homeowners who have irrigation systems, the numbers get more interesting. Thirty-one percent of homeowners with systems track their water use compared with just 11% of those without systems.

How influential were the following on your decision to install an irrigation system?

Customers who installed irrigation systems value the time and water savings the systems bring them, as well as the aesthetic benefits the water brings to the yard. An appreciation of the outdoor space ranked near the middle of the list, and the “keeping up with the Joneses” factor ranked very low.

A quarter of systems are totally DIY, and just more than a third are solely contractor-built. The remaining third are a hybrid of customer-purchased materials and contractor labor, which indicates a high level of interest from homeowners in the technology and hardware available. And price wasn’t the top factor for the DIY crowd: two thirds put the system in themselves because they wanted to make sure it was done correctly. Just fewer than half said price was the most important influence.

You’ve indicated you were responsible for the installation of your irrigation system. Which of the following best represents your approach to the project?

How influential were the following on your decision to install your system yourself?

For people who don’t have systems, cost is the primary deterrent, followed by beliefs that they wouldn’t use the system enough and that it would be too difficult to maintain.

How influential were the following on your decision not to consider or not to install an irrigation system?

Does your system include “smart” components? Please check all that apply.

Do you think a “smart” irrigation system saves more water than a traditional system?

Adoption of “smart” components has been slow. Only about half the systems in the country have any kind of smart technology, despite an overwhelming majority of homeowners saying that such tech upgrades save more water than a traditional system. These two charts point directly to upsell opportunities for contractors across the country. Adoption rates for this technology will likely increase as costs for these components continue to drop, rebate programs become more widely used, and contractors are more successful in communicating the value of the technology.

More than half of the systems in the ground today only get serviced every two years or less. More than a third only get attention when something breaks. This isn’t totally surprising, as an in-ground system is out of sight out of mind for most homeowners, but the numbers – combined with the fact that more than half of system owners repair them themselves – point to a real opportunity for annual maintenance contracts.

How often is your irrigation system serviced?

Typically, who services your system?

Sell Sheet
Here’s what homeowners think about water use in their lawns and landscapes. Use these statements to help tailor your sales and marketing messages to residential customers.

A market ripe for upgrades
A third of homeowners are planning to improve their irrigation systems. Most will focus the repairs on pipes, heads and smart technology like controllers and sensors. But with the age of most systems in the ground, more than just 27% are likely due for some maintenance.

When you upgraded your system, what did you replace?

Which of the following do you plan to do when you upgrade your system? Please check all that apply.

Are you planning an upgrade to your irrigation system in the future?

Survey Specs
The online study was fielded in May of 2013 to the OpinionsatTrone panel and a supplemental homeowner audience. Five hundred and fifty-five responses were collected yielding a 95 percent confidence level with a margin of error of +/-4.16 points. The survey was programmed in Perseus and the analysis was conducted using SAS software. The references to “top 2 box” are based on a 6-point rather than the traditional 5-point Likert scale. Trone Brand Energy, based in High Point, N.C., is one of the largest independent, full-service brand communication agencies in the Southeast.

This site uses Akismet to reduce spam. Learn how your comment data is processed. 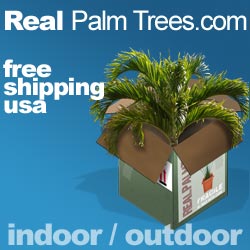 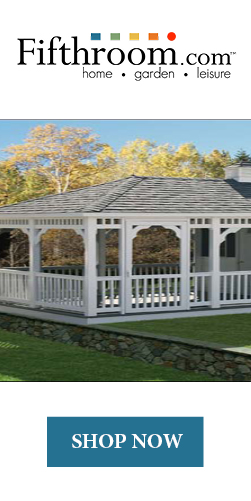